The 360° laser level model has become increasingly popular in recent years. Due to the large number of laser axes, it can project different laser crosses through the entire room. This has many advantages, which we will examine in more detail in the following text.

However, other models such as the rotating laser are also available as an alternative. This text will clarify what exactly makes this model so special and what you should look out for when buying.

Before we go into more detail about the 360° laser level, we should first clarify exactly what such a laser is. Many people do not really know what a 360° is, which is why we will first look at its basic characteristics.

As the name suggests, the laser is projected 360°, i.e. once around the cross-line laser in the entire room. This is often done by a prism and two different radiation domes, so that the cross-line laser can cover all the walls around it. Of course, there are also other variants such as the 180° laser. This projects the laser only around 180°, so that the entire room is not covered.

But there are also different models of 360° lasers, which have different advantages and disadvantages. The so-called 3-axis 360° lasers are particularly popular for professional use. Due to several laser line crosses, these enable a more precise image of the room.

Individual laser crosses are formed in all directions and on every wall and ceiling. More precisely, these special models have a total of three 360° lasers that are projected at different angles for even more accurate measurement. Especially if you take the laser out and want to install it again in the same place after some time, it has some advantages.

For example, the plumb point, a laser point that is projected onto the wall or ceiling, is automatically available with every 3-axis laser. If you mark this point on the wall with a pencil beforehand, the laser can easily be placed in exactly the same position again. This minimises measurement errors and saves a lot of time and set-up stress.

Furthermore, 3-axis lasers are one of the few lasers that work with self-levelling laser lines for the ceiling. This means that the machine automatically makes sure that its laser lines are perfectly aligned and straight.

Especially when quickly attaching a lamp or other things, this feature can be very handy. The machine automatically tells you if everything is aligned straight, so you can save yourself a lot of time and also inaccuracies. 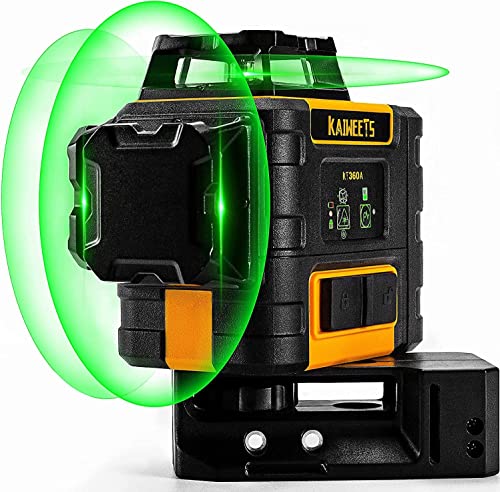 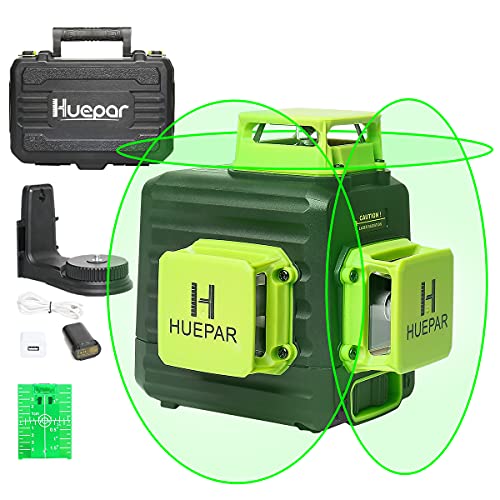 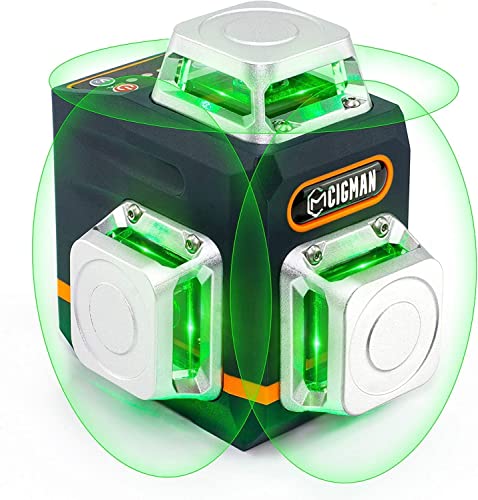 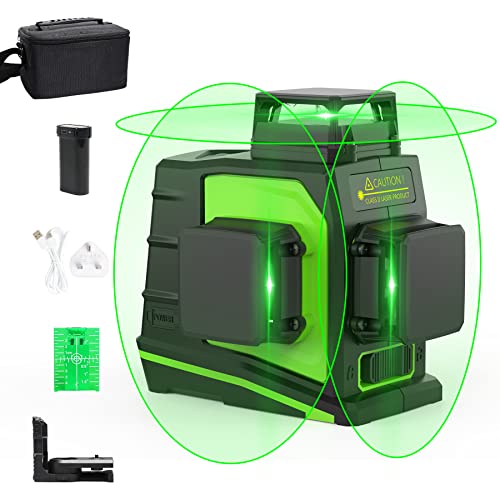 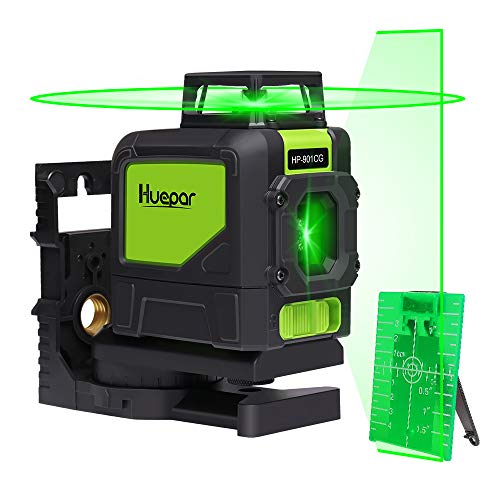 What to look for when buying a 360° laser level

If you decide to buy a 360° cross line laser level, there are some important aspects you should pay attention to.

This will not only save you a lot of money, but you will also get the laser that is best suited for you.

The number of axes plays a decisive role in the decision. Lasers with three or more axes are able to project laser cross lines in all directions. In this way, the entire room can be covered. There are also lasers with more than three axes, but in most cases these are only recommended for absolute professionals. Especially since they sometimes cost considerably more, three axes should be sufficient for most people.

For easy handling, the self-levelling feature already mentioned should also be available. This can compensate for inclinations of up to 5° so that the laser lines appear perfectly straight on the wall again.

Furthermore, the so-called plumb points appear automatically, so that the laser device can be perfectly aligned again. These features should not be missing in any case.

However, if you also want to measure slopes, a locking function can’t hurt. This switches the levelling off automatically for a short time. This way, the laser lines can also be optimally aligned on slopes and fixed accordingly. The laser colour can also play an important role in the selection.

While green lasers are much more visible and do not overlap with sunlight, red lasers have other advantages. For example, they are easier on the eyes, use less power and are easier to see in dark rooms. Depending on the area of application, both laser models can make sense.

Are rotating lasers a sensible alternative to the 360° laser level?

Another very popular and widespread alternative to the conventional 360° lasers are the rotating lasers. In contrast to the 360° laser level models, these do not project laser lines, but only a single laser dot.

This is then rotated around its own axis from the laser so quickly that it looks like a normal line to our human eye.

This system has some striking advantages. For example, the range of the laser is often considerably greater.

While normal cross line lasers can only work 360 degrees for about 60 metres with a receiver, a rotating laser can easily work at distances of 400 metres. Although such distances are usually only important in professional construction, there are other advantages.

With a levelling accuracy of approx. 0.1 mm on one metre, this is usually up to three times higher than the conventional versions. So for very precise and small measurements, such a laser can be an advantage. However, unfortunately you also have to accept some disadvantages where you would be better off with the 360° cross line laser.

The higher accuracy has to be paid for with lower visibility. The projected laser line from only one point is more difficult for the human eye to perceive than the conventional line. In addition, rotating lasers are often much larger, more unwieldy and usually have only one axis. This means that it is not possible to measure the entire room at once.

Although these models are able to project their laser lines at different angles and also vertically, only the more expensive models can do this. So if you really want to have this feature integrated, you have to put more money on the table. Rotating lasers, for example, start at around 400£, while cross-line lasers are almost fully equipped from 300£.

Conclusion – which model is better suited when?

Due to their long range and more precise measurements, rotating lasers are particularly suitable for outdoors and larger areas. This is where they can show all their strengths, and multiple axes are usually not needed here. So if you work outside a lot, you should consider paying this extra price.

In contrast, conventional 360° lasers are more suitable for indoors and smaller rooms. Here they can shine due to their large number of axes. Those who work particularly in such environments should rather go with the cheaper cross-line lasers, as these have been designed precisely for such situations.

Best Laser Levels for Outdoor use

I like to test products and recommend the best ones, write reviews, travel and spend time with my family.

Rivets connect the blade and handle in the knife

Dispose of kitchen knives permanently or reuse them